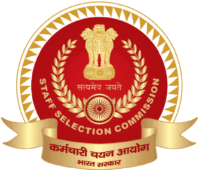 Reasoning is a crucial part of All SSC Exams, as most of exams conducted by SSC consists of similar pattern, SSC Reasoning plays a crucial role for scoring Top Rank in SSC CGL, SSC CHSL or any other SSC Exams. The best thing about SSC Reasoning is that it is highly scoring and with little practice it is possible for any candidate to score Full marks in SSC Reasoning

Here you get Top 5 Practice Sets of SSC Reasoning with complete solution. Download PDF from the Link Below

Staff Selection Commission (SSC) is a government organization that conducts various exams every year to recruit candidates for Group-B and -C posts in various ministries/departments/organizations of the Government of India. This article talks about all SSC exams in India.

The Tier I exam consists of a written objective multiple-choice exam with four sections, covering the subjects of:

The exam was typically scored with maximum 50 Marks per section for a total of 200 Marks. The latest versions of this exam such as with 2018 have been conducted online.

Based on results from Tier I, qualified candidates can then take the Tier II and Tier III exams.

The exam was typically scored with maximum 200 Marks per section. Most positions required the candidate to take only the first two sections (Paper-I: Quantitative Aptitude, Paper-II: English Language and Comprehension), but certain positions require the third or fourth section. The latest versions of this exam such as the 2018 edition have been conducted online.

A pen-and-paper “offline” exam in which candidates are to do writing in the form of essay writing and letter writing, and sometimes précis and application writing. The exam can be done in English or Hindi any language can be chosen as per candidate’s choice.

In 2016, a fourth tier was added with two possible exams depending on the positions applied: